This recently discovered MS, by an unknown writer, fits neatly into the established collection of “broadside” poetry – produced at various times throughout history to disseminate courtly news to the general populace. In early modern Britain these would be largely written for oral transmission – the quality of illumination in this MS suggests that this would have been a private copy made after the described events, perhaps by one of those named therein. Though “Morgan John” is mentioned, is clear that this piece cannot be attributed to him.

At the time described (references to “Johnson the Lesser” suggest a date between 2015 and 2016) former acronyms (such as “HE” “OIA” and “HEFCE”) would have been pronounced as single words rather than by individual letter. Those seeking an authentic reading should note that HEFCE was pronounced with a soft “C” (heff-see). 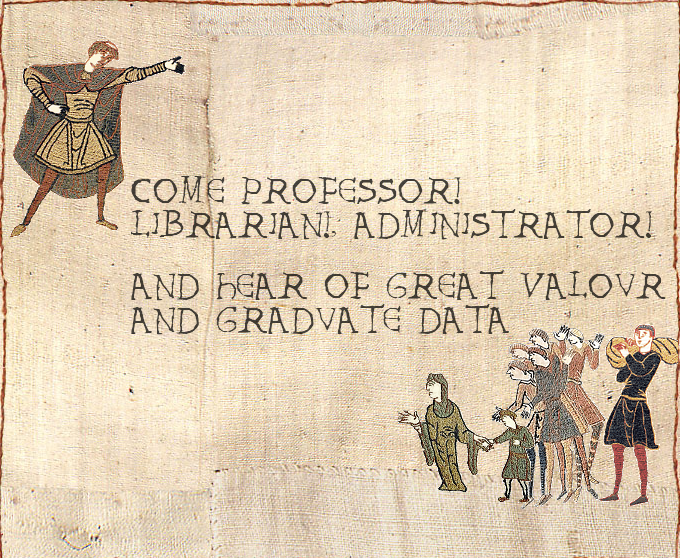 And hear of great valour and graduate data

Charge up thy flagons! Sit close by the fire!

I sing of great courage, and of evil so dire.

When JOHNSON THE LESS held the bright HE Crown

And the doctrine of TEF spread through country and town

A band of great knights, from far and from near

To the COMMITTEE OF BIS did deign to appear

Call’d Assize to skewer this JOHNSON THE LESS

And to his foul schemes he may here confess.

For two hundred days the fair KINGDOM OF HE

To him fain must fall, all upon bended knee

Through commons and courts are too often seen

Nary WILLETTS THE MEDDLER, nor NICK OF HILLMAN

Would dare to engender such dastardly plans.

Arméd with no swords, but with God’s Evidence

Proudly at battlefront thence did appear

Knights from the west who were ready to spar

For honour of HE, ‘gainst the forces of BIS

Stood EBDON OF OFFA, who would not be dismissed 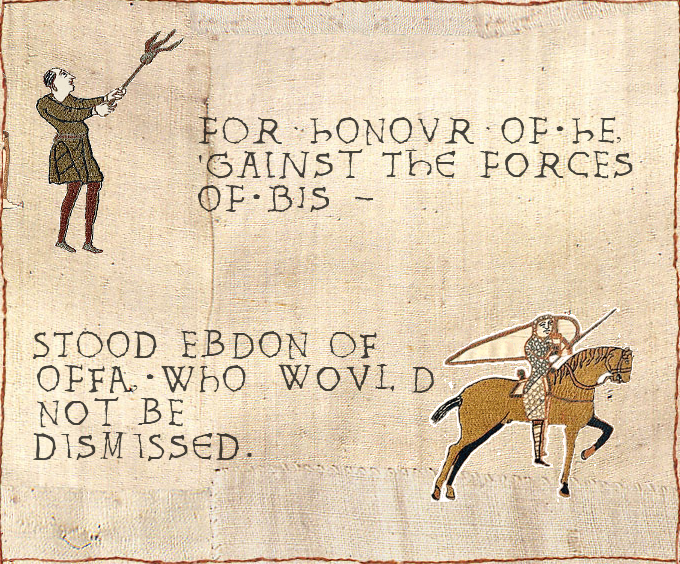 JOHNSON, young brother to he who would rule

Had thought the nobles of proud HE to fool,

The rites of the Learnéd he thought to despoil

With TEF, a dark magic for black HE days,

A measure of learning in numerous ways,

Ignoring the wisdom of QAA he proceeded

To focus attention where it was not needed

The Knights who said “NSS”, with vigour and pride

Disputed his claims, and called out “you lied!”

To prove only they comprehended this world

Sarjeant JOHNSON would blacken with hearsay and rumours

And castigate STUDENTS as merely consumers.

But the brave souls of HEFCE and OFFA and OIA

Would not let such scurrilous insults pass by

Long through the morning they battled and tarried

With arguments made and rebuttals parried

Til’ even the Scribe of the Court, MORGAN JOHN,

The palace of Westminster reverberated

With cries of the lost, and with blood-lust now sated

E’en  LORDS OF UUK in their Tavistock Palace

Did curse the dark TEF with vigour and malice 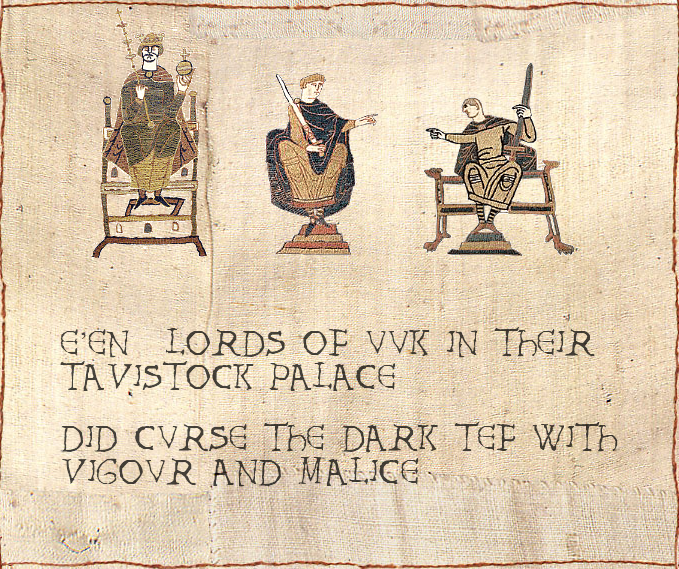 Where the forces of BIS did fall to their doom

With arguments divers and figures presented

Twas prov’n that TEF was a Perverse Incentive

And JOHNSON THE LESS, with fire and with flame

Was driv’n from the Palace in anger and shame

He swore his revenge and rethought his defences

MORGAN JOHN filed his story, and claimed his expenses.