This post represents my personal opinions only, and not those of my employer, or of programmes or projects I am responsible for. It is made available under a CC0 (Public Domain) license.

The current HEFCE funding model has a number of quite marvellous features which I would be happy to expound upon at great length, but my personal favourite must be the “tolerance band”.

This is technically defined as an allowance for the difference between the standard resource (the funding available for the number of students enrolled on particular courses that the institution has indicated to HEFCE each year) and the assumed resource (which is the funding available for the students that have actually enrolled on particular courses each year). Because HEFCE is wise and noble it allows a 5% difference either way between these amounts before it starts either clawing back funds or reducing student numbers for the following year.

This 10% band of tolerance is the thing that keeps institutions stable. It allows for fluctuations in student numbers, and permits an institution to receive an expected amount of funding every year, allowing for an accurate budget and long term planning. 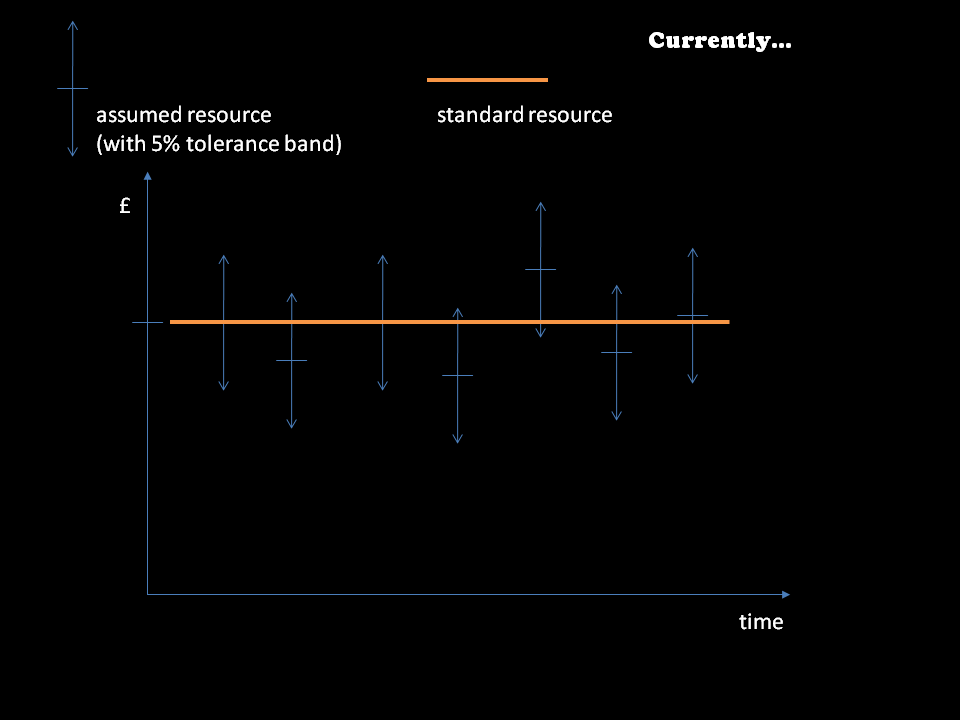 Under the new funding model, the majority of the financial support (80%+) that used to come from HEFCE will come from a new organisation, Student Finance. This allocates funds based directly on student choice, and – crucially – does not include a compensatory function. So the stability of funding levels, year-on-year, is lost. 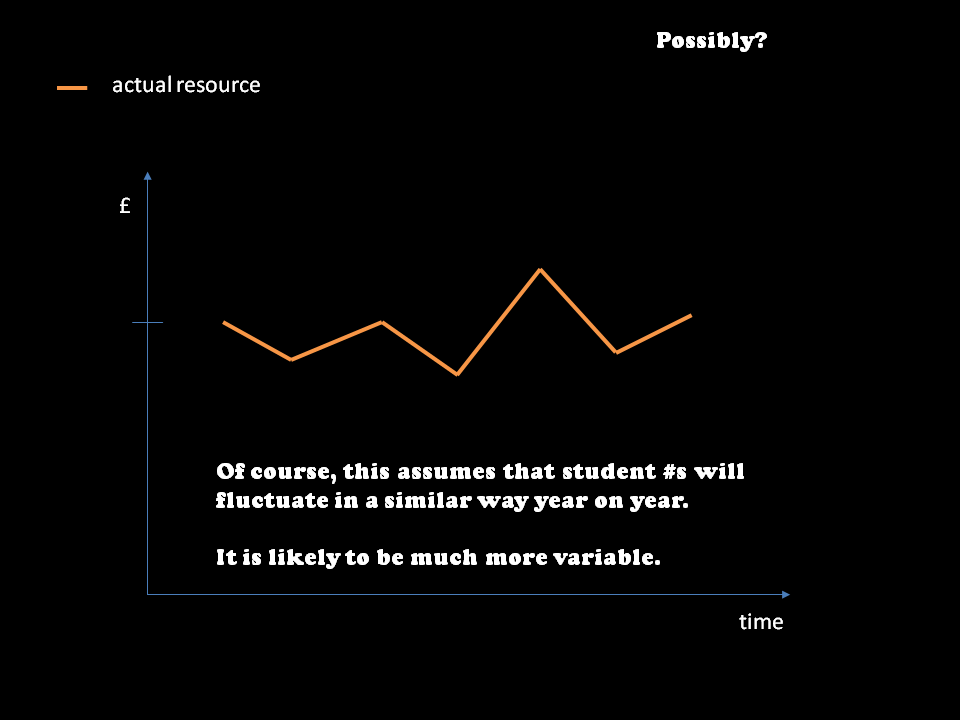 The graph above shows what would happen if the fluctuations in student number are uncompensated, assuming the rate of fluctuation linked to student choice remains similar to what we see currently. Already, you can see that a reliable level of funding is not possible, and that an institution must take a lower level of funding as it’s basis for budgeting.

But, of course, other factors come in to play in a purer market, the most significant of these being the enhanced importance of marketing and communications for institutions. Though marketing can offer great recruitment gains if done well, it must be remembered that there are multiple actors in the market, all of which will be engineering their own enhancements. You could imagine one-year-only cut-price deals, collusion and horse-trading, marketing “blitzes” on priority areas. (There’s a whole other post coming on how cool it is going to be to work in university marketing over the next few years.)

So something with much higher peaks and deeper troughs would be expected, meaning that the “base” level of institutional resource is substantially lower, and that the institution must be capable of quickly scaling particular courses substantially up or down depending on recruitment.

This is a similar scenario to seasonal changes for demand in manufacturing, and manufacturing companies have responded to these pressures in one main way.

The casualisation of labour.

Rather than keep enough staff permanently on their books to meet peak demand, it is more likely that a factory would keep only the staff that they would need for periods of low demand, and draw on a pool of casualised (short-term contract, hourly pay, semi-skilled or unskilled) labour to cope with peaks.

Universities are already starting to do the same thing. Staff on “atypical contracts” (a lovely HESA euphemism) already make up more than a third of university staff – and return accuracy for this category of staff is notably poor – it is likely to be far, far higher. 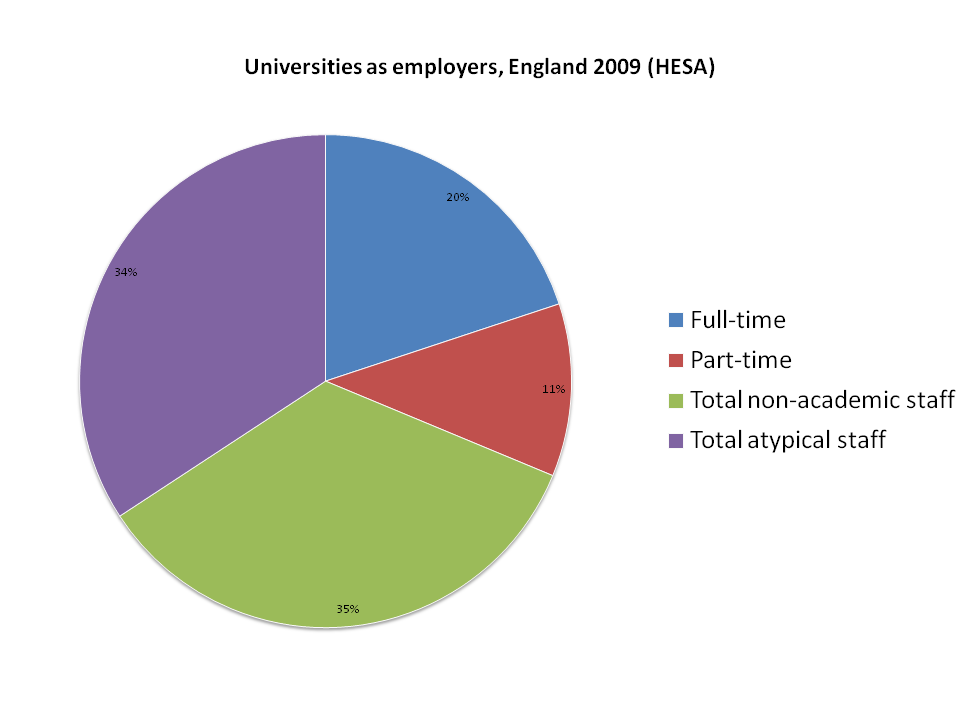 The new model of funding only makes this situation for staff more likely. It may be that the age of the “career academic”, of tenure and of teaching plus research contracts is dead.

It is possible that this is simply an unintended consequence of a policy that has been notoriously poorly conceived and understood. But (and I am moving into tin foil hat territory here) we have already seen how the new model costs the taxpayer more than it saves, adds a significant extra burden to students, and (at best) offers institutions a similar amount of funding to what they get currently. So what is it for?

Is it this? A straight-ahead attack on the academic profession? A new world of casual, teaching-only, HE tutors, juggling multiple short-term contracts just to stay afloat? I dunno. But if it quacks like a duck…

6 thoughts on “My favourite part of the HEFCE teaching funding method, and how screwed we are if we lose it”