Skip to content
I spend a lot of my time talking about #ukoer (#4life!!), and – pretty much as a personal aide memoire that other people may find useful, I’ve decided to add some common links, inferences and my ideas of key outcomes on my personal blog. Do please comment and add to this as you see fit, also please reuse it as you see fit (cc-by). And note that this is on my *personal* blog for a reason, other programme staff offer equally valid perspectives with different emphases.
For practical purposes, there have been three main “phases” of UKOER (the large programme led by JISC and the Academy). I tend to characterise them as per the diagram below: 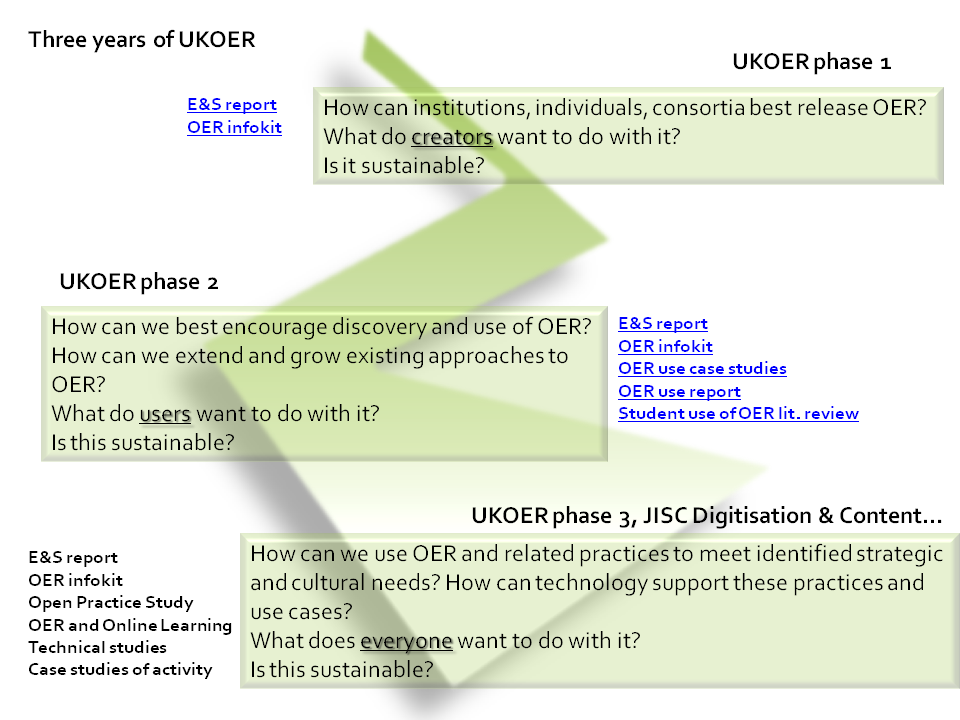