Hi folks, I – er – haven’t been doing blogging here much because I’ve been busy. Specifically, I’ve taken on the role of Associate Editor at wonkhe.com, and that’s quite a full on job involving plenty of writing, reading and editing.  For those missing the semi-regular UK HE policy posts that used to turn up on here, I can only direct you to the good ship Wonkhe and the associated (and very worthwhile) Monday Morning Briefing – wherein appears some of my writing on that topic.

So – as I’ve failed to engage with the Twitter “pinned post” thing, I’ve just left a pun at the top of my stream to entertain myself.

That’s sat there for a few months, and then suddenly I think to look at the replies it has been getting. A nice comment from (ds106) Roland, and … this image. 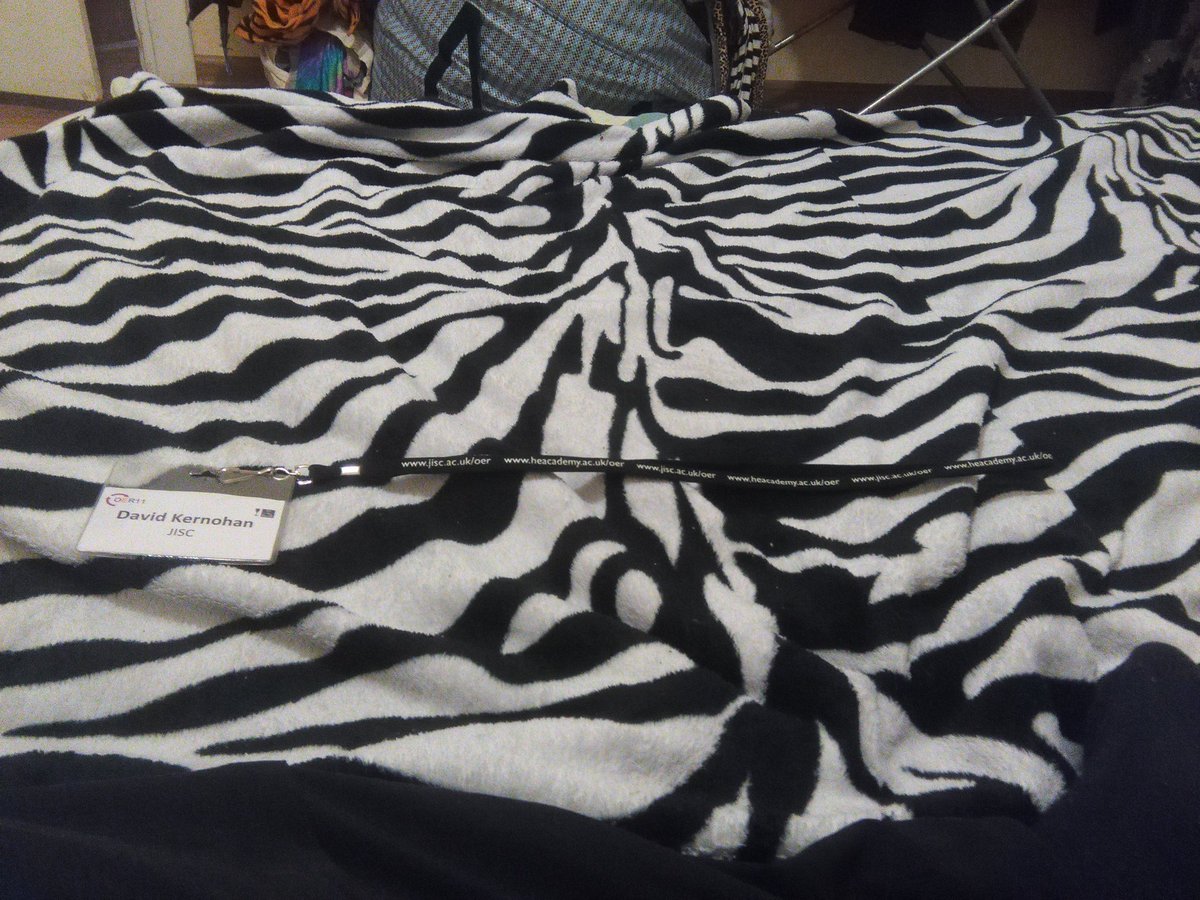 This response, from the totally-a-real-account Maxim32583813 shows my OER11 name badge resplendent on a zebraskin sheet, in a room I’m not sure I recognise. Maxim32583813 has only three tweets to their name, this image and two in Russian, copied from a bot that appears to post bad generic status updates.

(I know what you are thinking – you old rogue, Kernohan. Hot Manchester Conference Centre loving. But seriously, nope. Not my style, and apart from anything else I was married at the time. My memory of OER11 is that I presented a really nice thing about guitar tabulature, went to the CUBE gallery, and had a beer with Phil Barker in the Lass O’Gowrie.)

Fair enough, I think to myself. I’m sure it’s just some sophisticated algorithm that has picked up an image related to me to pique my interest. But I want to know what the context of the image was so I do a reverse image search.

The image does not exist on the internet, other than in that one tweet. I have no context (twitter strips the exif data too). Neither TinEye nor Google Images returns anything.

So what to make of it? I don’t think I know anyone that would go to this level of obscurity to troll me. And I know Pat Lockley, so that’s saying something.

It was the first tweet from that account. There have been two since, none since June and nothing of what I would call “content” other than that image.

The account doesn’t follow anyone I know, no-one I know follows it.  (in fact, no-one at all follows it).

So clearly, the internet is a far stranger place than we give it credit for