Skip to content
“[There is] only one answer: really fix public education and give everyone equal opportunity. Present situation a crime against young.”

“[C]urrent technology–and its increasing diffusion among people in all countries–makes it possible to drive the marginal cost of each new unit of education, effectively, to zero”
“Technology has transformed how we live and play and will transform how we learn.” Not the words of inspirational keynote speakers at a recent open education conferences; the words of(in order) Rupert Murdoch (the CEO of NewsCorp), Michael Saylor (the CEO of Microstrategy) and the Governor of Florida, Jeb Bush. Murdoch had recently been visiting the Harlam Village Academy, a “poster child” of this new wave of education and a favoured project of his (and Michael Gove’s) friend, Joel Klein. Apparently, to become a “poster child” you need a 75% churn rate of teaching staff within one year – who knew? And you’ll recall, of course, that Jeb and George W. Bush’s brother (Neil) set up Ignite! learning: a digital content solution for learning.
The highest educational “marginal cost” is not, despite the efforts of many academic publishers, materials: it is salary. This is true in both compulsory and post-compulsory sectors. So all of those wonderful, inspiring quotes about technology “fixing” education above actually relate to the casualisation and de-professionalisation of educators.
This is a neat illustration of the bizarre educational confusion that the political right seems to find itself in. On the one hand we have the kind of techno-determinism above, on the other we have David Cameron’s calls for a return to “real discipline“, with pupils standing up when teachers enter the room (sorry, Daily Mail link). And you get the bizarre target-driving literacy drive via the medium of synthetic phonics, which is the favoured Conservative reading methodology for no adequately explored reason that anyone can see – indeed as far as I understand it most serious educational researchers see Whole Language and Phonic approaches as complementary. In higher education you see the split between railing against mickey-mouse courses like Golf Course Studies and in favour of vocational courses like, er, Golf Course Studies. Or the push for higher and higher academic standards, and the push for higher and higher profits and lower costs. With one foot in the imagined past, and another in the corporatised digital future, the only possibility is confused and ill-considered policy.
You’d be hard pushed to spot a unifying link between these seemingly diametrically approaches, and I’ve struggled with it for a long time. You can also add to this mix the emerging “sound-bite” culture of disruption and educational revolutions – easily grasped obvious interventions that can give the impression of activity where none is needed.
George Seimens’ post from ASU Skysong Education Innovation Summit brought this all together for me. The whole post demands to be read, but one key point that stuck out for me:
“. The best way for me to kill a conversation was to say “I work in a university”. That would pretty much end things. The correct answer, apparently, was something like “I work for [foundation, bank, VC] and I want to allocate funds to this market”.”
There’s clearly little or no place for actual educators in this gold rush. Which I guess is the point: all of the expected profits in this “market” would come from either employing less educators or from cutting the pay and conditions of existing staff. 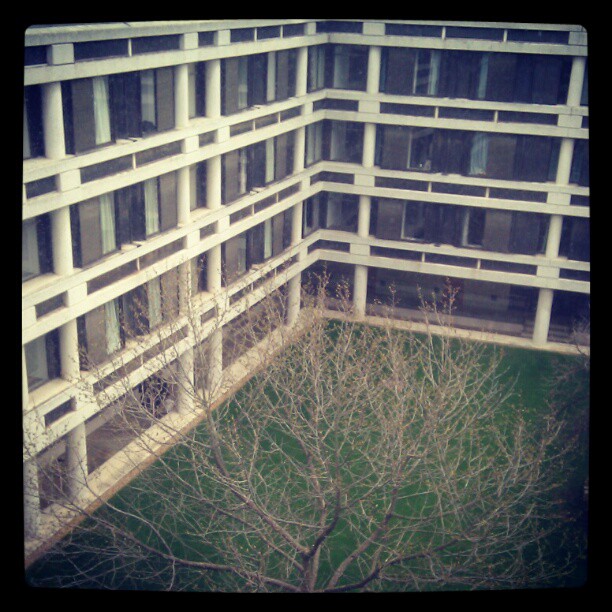 Gary Matkin touched on these wider issues in his should-have-been-a-keynote at the OCWC/OER 2012 annual conference in Queens’ College, Cambridge. His characterisation of the commodification of education shifting the value proposition from product to service a parallel to Cable Green’s vision of a pay-to-graduate future which was (@dr_neil) Universality in a nutshell – and that he seems bizarrely proud to have had mentioned in Money Magazine.
I commented on this trend in my write-up of the OCWC11 conference as the “search for a new model” and the “growth of private sector competition”. This is no longer a trend, this is mainstream open education.
Panagiota Alevizou (p282 of cam12 Conference Proceedings (pdf)), in my other favourite conference presentation (excluding of course, the amazing ukoer stuff), looked at the way academics are reacting to the commodification implicit within open release using the language of mediatization. Clearly the role and language of the consumer of free “online learning media” sit uneasily within education:
“[E]ducators’ prior knowledge and familiarity with Web 2.0 or technical skills, as well as wider OER advocacy agendas or general familiarity with openness and crowdsourced education, are also high in the motivational threshold.” [but] “The sharing of one’s own materials and the reuse of others’ OERs is less expansive”
Whereas the rhetoric of openness is superficially attractive to those committed to sharing knowledge, there are also concerns around precisely this kind of commodification within mainstream educational discourse. As nearly all the presenters at cam12 conceded, in an atmosphere that at times seemed more like a revival meeting than a sober gathering of academics from 21 countries, open educational resources are inevitable; however this is much more so than the institutions that sustain the academics responsible for releasing them. The developing business models around “open” and “technology” need urgently to take their own parasitic nature into account.
This post represents my own views only and is available under a cc-by license.

One thought on “Bricking against the clicks?”